The British International Freight Association (BIFA) notes that the implementation timetable on the new computer system that will replace an existing system used for processing Customs declarations is under review by the programme implementation board.

BIFA Director General, Robert Keen says that speculative comments on social media have caused further uncertainty among its members that are responsible for processing Customs declarations and moving much of the UK’s visible trade.

Keen stated: “In 2019, when HMRC announced its proposed plan for completing delivery of the new Customs Declaration System (CDS) and migrating traders from CHIEF to the new platform, we expressed the view, shared with CSPs and other software developers, that the timetable would be challenging.

“Having made further representations via the programme board seeking clarifications on behalf of our members, we are reassured to hear that it is HMRC’s intention to implement dual-running of both systems until the Department is confident that the new system is fully developed, stable and tested. HMRC appears intent on having IT systems and Customs processes in place that will not compromise the integrity of the border, or the flow of international trade.

“However, we don’t think that it would be appropriate to comment further until there is an official government announcement on the matter with regard to the changeover from CHIEF to CDS and the appropriate timeframes.”

BIFA says that from the forwarder and customs agent’s viewpoint, the key statement made by the Chancellor of the Duchy of Lancaster, the Rt Hon Michael Gove on the 10th February was that frontier customs and other regulatory checks would be reintroduced on EU trade after the end of the transition period lasting until 31st December 2020.  This would mean that importers bringing goods from the EU and exporters sending goods to the EU would have to submit customs declarations and face goods checks at the UK border.  The inevitable consequence is that similar requirements would be imposed at the EU frontier,

Keen added: “The Chancellor of the Duchy of Lancaster, Michael Gove has clearly stated that full import Customs declarations would have to be submitted – there is to be no differentiation between regulatory procedures for imports/exports between the UK and EU and Rest of the World.”

BIFA reiterated comments made by others that there is insufficient infrastructure and information in place at present to support the lodgement of import safety and security checks.  In fact, BIFA members regard this as the most significant customs-related issue to facilitating the flow of goods to and from the EU

BIFA is also seeking clarification on whether postponed VAT accounting will be introduced on import consignments, as this is another area that is causing concerns for its members due to the need to fund the increased guarantees required to underpin duty deferment accounts.  This change will help make the UK more competitive in international trade and improve our World Bank ratings.

Keen added that with the UK now outside the EU, and the transitional period which ends on the 31st December 2020 underway the development of the new core Customs Declaration System is only one part of what is now a much bigger jigsaw.

Whilst having significant concerns regarding certain elements of the outcome of Brexit, BIFA says it is glad that there is now clear outline clarity with regard to Brexit and will work via its Member Institutions with Government to ensure as successful an outcome as possible.  Regarding CDS, there has been clear progress recently and HMRC is now fully engaged with key stakeholders, a development that is to be welcomed. 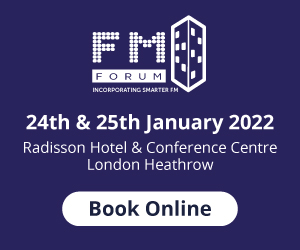