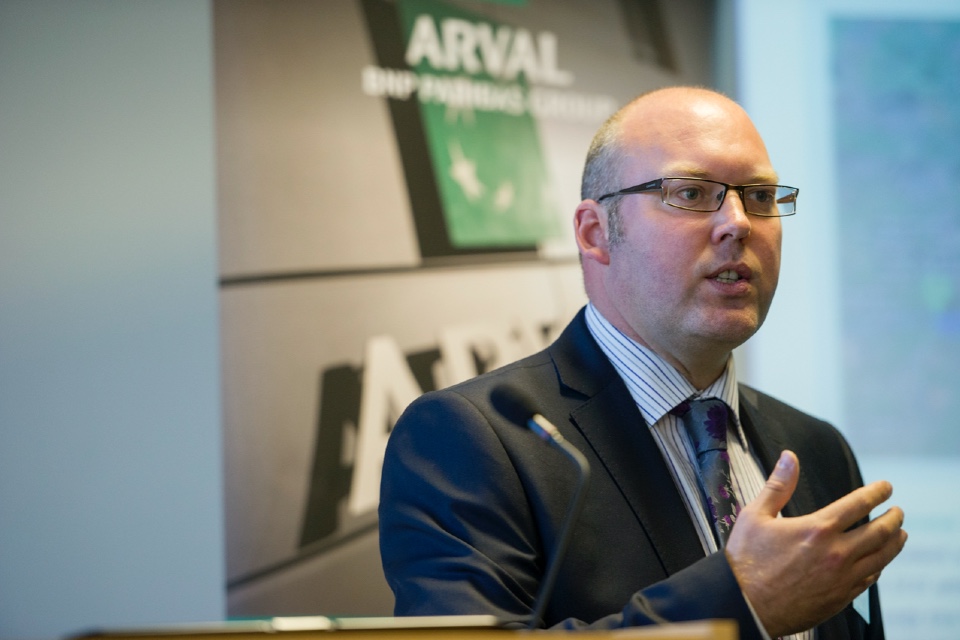 A set of teaching resources focusing on hydrogen and fuel cell car technology delivered by Arval UK and launched earlier this year has now been downloaded more than 10,000 times.

Developed in partnership with the Hydrogen Hub project of which Arval is a member, the education pack supports the Chemistry element of Triple Science for GCSE students, providing teachers with a high-quality learning resource that is available free online.

Arval UK, part of the BNP Paribas banking group, has developed fleet industry-leading expertise through its involvement in the Hydrogen Hub over the last two years. This is a Government-backed project based in Swindon, where the company has its head office, which researches the viability of fuel cell technology for a range of domestic, commercial and transport applications in real world conditions. Arval is Chair of the Car Working Group.

Paul Marchment (pictured, above), Senior Business Manager at Arval UK, who oversees the company’s hydrogen activities, said: “There are now nine company cars operating within the Hydrogen Hub and, supported by funding from BNP Paribas, we’ve been undertaking a comprehensive hydrogen education project this year aimed at schools, businesses and the wider public.

“The lesson plans were launched in March following a successful trial at two Swindon-based schools, Bradon Forest and Nova Hreod Academy. To see that they have now been downloaded 10,000 times is very encouraging indeed.

“We have also been carrying out a series of one-day roadshows around the UK aimed at businesses, local influencers such as politicians and the general public. So far, we have visited Swindon, Oxford, Leeds and Birmingham with London to follow later this year.

“These have been very successful and attended by almost 900 delegates, who have been able to find out about the advantages of hydrogen vehicles and even try out fuel cell cars for themselves. It’s been a valuable exercise.”

Tracey Fuller, Head of CSR for BNP Paribas, added: “As one of the UK’s largest vehicle leasing companies, new vehicle technology is high on our agenda, and an important tool for businesses and individuals looking to reduce their environmental impact. It’s also really well aligned with our commitment to make a positive impact on the UK economy, and wider society, so we saw a great opportunity to use our relationship with the Hydrogen Hub to educate the next generation in the role that hydrogen technology can play.”

The Arval UK teaching resource is available to view and download on the teacher resource website, TES, via the following link.

Rory Mathews, Economic Analyst at the Hydrogen Hub, said: “It has been a pleasure to have been given the opportunity by Arval UK to produce this fuel cells lesson pack. I am confident that using our specialist knowledge at the Hydrogen Hub and tailoring the content to cover crucial exam content, we have produced a resource that delivers high quality learning for students and is extremely valuable to teachers.”