Fleets need to be aware of the growing impact of the pandemic on mental health and any subsequent safety risks to drivers, FleetCheck is warning.

Peter Golding, Managing Director at the fleet software specialist, pointed to a new poll that showed 40% of people believed their mental health had become worse during the crisis.

He said: “This is just the latest in a series of polls and pieces of research showing how the last nine months have had a very negative effect on the mental health of many, many people.

“We know that mental health problems of all kinds can have an impact on driver performance on the road. With people saying that feelings of anxiety, stress and depression are particularly apparent, there is a genuine case for fleets to take action.

“Essentially, employers should be fulfilling their basic requirement of checking that drivers are fit to drive and of course, their mental wellbeing should arguably be as much part of this assessment as if they had a physical problem.

“It should be taken as a given that anyone who feels that their mental health has deteriorated to a point where they should not be driving should be taken seriously, and employers should also make it clear that such situations will be dealt with sympathetically.

“Probably the starting point for most fleets would be to seek professional human resources and medical guidance in order to ask drivers a few questions regularly in order to flag up any immediate issues that need attention.”

Golding added that FleetCheck was examining the introduction of basic mental health tools into its Vehicle Inspection App, which included not just daily walkaround safety checks but also incorporated questions about the driver’s health.

“We modified the app last year to cover coronavirus symptoms and now seems like a good moment to add further questions about mental health. We are taking advice and hope to be able to do this soon.” 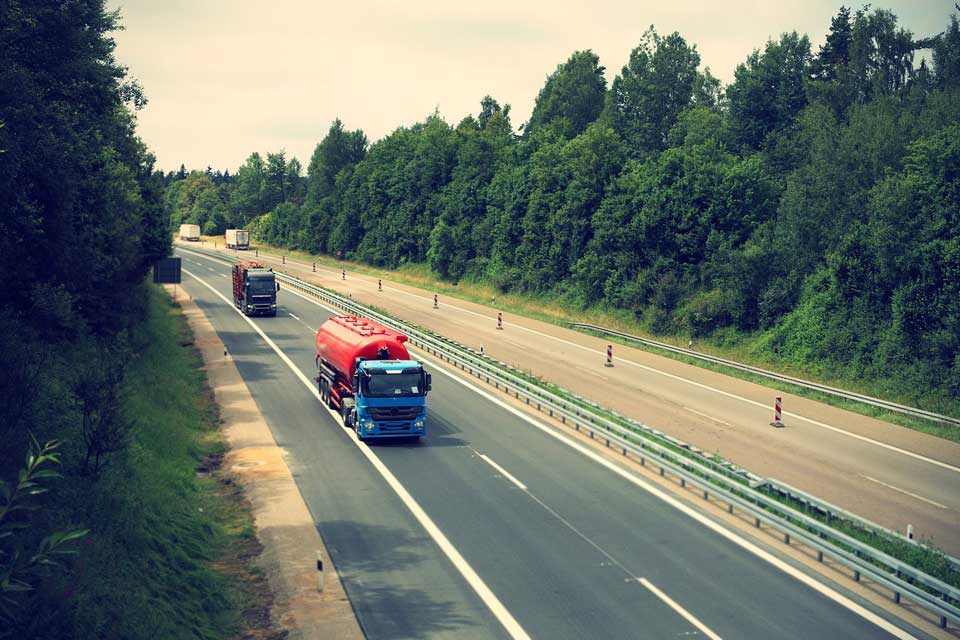 UK transport and logistics workers took nearly three times more sick leave than the average British worker last year, according to new research that identifies the countries most and least notorious for pulling a sickie.

The research from time and workforce management solutions provider Mitrefinch, found that transport staff took 11.4 days where other workers in the UK took on average 4.4 days leave for sickness last year.

Switzerland topped the charts when it came to excellent attendance with its workers taking just 1.6 days sick leave on average over the course of a calendar year. Ukraine (4.1 days) and Malta (4.2 days) made up the rest of the top three.

While the stats for Swiss workers are impressive, it’s important to note that companies in the country are also notoriously generous when it comes to annual leave entitlement – the average worker took over five weeks holiday according to recent statistics – perhaps making the sick leave by UK transport workers more understandable.

However, with recent figures also suggesting that more than two thirds of UK workers avoid taking sick days and still go into work when feeling unwell, it’s questionable as to why transport and logistics workers are taking 3 times more sick leave and whether their working day is contributing to the illness.

Bulgarian employees were found most likely to call in sick, taking on average 22 days off per year according to the most recent figures available. Workers in Germany didn’t fare too much better taking 18.3 days, with those in the Czech Republic also taking off the equivalent of more than three working weeks with sickness (15.4 days).

The full results can be found below:

Commenting on the figures, Matthew Jenkins, CEO at Mitrefinch, said: “Workplace absences cost the UK economy a whopping £18 billion a year through lost productivity, with this figure expected to creep up to £21 billion in 2020 – so transport and logistics workers might think that skipping the odd Monday at the office to sleep off the weekend’s excesses is no big deal, but it all adds up. On top of the dip in productivity, employees who repeatedly call in sick put a strain on other members of staff who have to pick up their workload, which can impact workplace morale.

“However, that’s not to say taking a sick day should be seen as a weakness or a lack of commitment. Taking time out of a demanding role to recover from physical or mental health problems is integral to the productivity and growth of any successful business and the fact that more than two thirds of UK workers admit going to work when feeling sick is a serious cause for concern, particularly within this space where any human error can have drastic consequences.”

Lizzie Benton, culture consultant at Liberty Mind, adds: “In Britain we still live by outdated legacy attitudes in the workplace. Fear and control is what many organisations are run by, and for employees, asking for a day off sick is like showing a weakness, or admitting a failure. We all think we should ‘keep calm and carry on’.

“It’s not just the act of taking a day off, but the repercussions this may have when an employee returns to work. Managers treating them coldly, or over-questioning their day off as if to assume they were faking it in some way.

“I think managers often behave this way because it is bred in the company culture. Attitudes and behaviours start at the top, and if you have a boss who comes in no matter how they’re feeling you create a culture where people feel they can’t take a sick day. Trust is also a key issue. There are many organisations who have trust issues with their employees and which have policies to control their people rather than help them thrive. Too many businesses still believe that people are just there for the pay cheque and will do anything to get the most out of the company. There is no empathy and a severe lack of emotional intelligence.”

For the full results of the research, visit https://www.mitrefinch.co.uk/blog/time-and-attendance/sick-leave-uk-vs-europe/.

Logistics employees among most likely to suffer relationship breakdowns

Workers with a background in healthcare and transport & logistics are among the most likely to have experienced a work-related break-up.

That’s according to research from WMB Logistics, which polled 3,000 retired Britons about how their previous career choices and working lives had affected their personal relationships, particularly with their partners.

89% of retirees agreed that issues relating to their careers had affected their day-to-day lives outside of the workplace, with ‘a pressure to hit targets’ (29%), ‘long/unsociable working hours’ (24%) and ‘poor relationships with co-workers’ (16%) emerging as the most likely reasons why.

When asked if their career had been a contributing factor in the breakdown of a long-term relationship or marriage during their working lives, almost one third (31%) admitted that it had been.

All participants taking part in the study, whether they’d experienced a relationship breakdown or not, were asked to state the industry or sector they’d worked in to determine any patterns.

Subsequently, the five industries in which workers were most likely to have experienced relationship breakdowns were found to be:

Those who cited that long or unsociable working hours were the main reason their work-life balance failed stated it had affected their relationship as they typically either ‘drifted apart’ from their partner (36%) or one or both of them had gone on to be unfaithful (24%).

When looking at the industries found to be the most successful at maintaining a long-term partnerships, those working in Administration (5%), Hair and Beauty (7%) and Retail sectors (8%) all had very low percentages in terms of the number of failed relationships.

Just 5% attributed relationship/marriage counselling to their success, with over half (56%) disclosing how they and made time for their partner and left their working lives outside of the home.

A senior spokesperson for WMB Logistics said: “The majority of us spend a significantly larger portion of our waking hours at work than we do at home with our spouses and families, so what little time we do get should be spent wisely; talking, enjoying each other’s company and leaving work at the office. That being said, in many industries there are pressures and deadlines that will mean work spills into the evenings and weekends, and sometimes that simply can’t be helped.

“As our research indicates, a lot of people are experiencing failed relationships due to the pressures of work creeping into their personal lives. In order to avoid this happening to you, try making a conscious effort to leave work behind as much as you can and focus on staying present in the moment with your loved ones. Relationships naturally breakdown sometimes, but you should never let your job be one of the reasons why.”

Image by andreas160578 from Pixabay