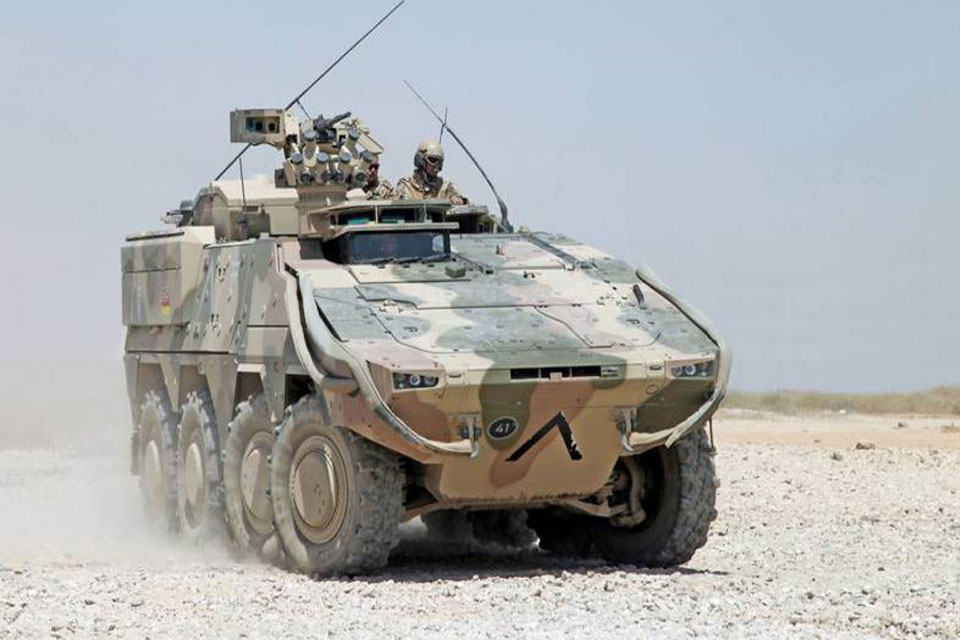 An industry event will be held in south Wales next month with the aim of connecting companies and organisations with the UK’s lucrative defence supply chain.

The Ministry of Defence announced earlier this year that the UK will re-join the Boxer programme and explore options to equip the Army with the 8×8 troop carriers to modernise its vehicle fleet and meet the Army’s Mechanised Infantry Vehicle requirement.

The assessment phase for the Mechanised Infantry Vehicle programme, which is due to conclude in 2019, will consider the comparable benefits of manufacturing locations and different supply chains for Boxer, as well as value-for-money. Any deal will be subject to commercial negotiation and assessment. The aim is to have the first vehicles in service with the Army in 2023.

In an effort to ensure that Welsh companies can compete for the manufacture and supply of many of the vehicle sub-systems, Welsh Secretary Alun Cairns is leading the clarion call for organisations to sign up to Artec’s industry event at the University of Wales’ Treforest Campus on 10 September.

Cairns said: “We cannot underestimate the valuable impact the defence sector has on our security and on the Welsh economy, supporting thousands of jobs and millions of pounds of investment across the country. The Artec industry day provides a significant opportunity for Welsh businesses to capitalise on the supply chain opportunities presented by the Boxer programme and the wider defence sector. The experience they will gain from it will provide them with the additional credentials needed to help springboard them into other markets and I encourage them to take full advantage.”

The UK played a major role in the original design, development and testing of the Boxer, and would reassume the rights it had as a project partner if a deal was to go through – allowing the option for the vehicle to be built and exported from the UK. The deal could see the Boxer fully assembled in the UK with at least 60% of the manufacturing with British industry, sustaining and developing UK industrial capabilities, facilities and skills.

Defence Minister for Defence Procurement Stuart Andrew said: “Wales plays a massive part in ensuring our armed forces have the finest military equipment to defend us, and is already assembling the Army’s new Ajax vehicles in what is the biggest order of its kind in three decades.

“We spent £945m with Welsh businesses last year, supporting over 6,000 jobs, as the industry continues to thrive. A possible deal for new Boxer armoured vehicles could mean at least 1,000 more British jobs, and I hope local companies seize this opportunity to understand how there could be even more defence work up for grabs for Wales in the future.”

Artec, the consortium who manufacture the Boxer vehicle, already have an established UK footprint. Their planned investment in the UK is estimated to secure or create at least 1,000 jobs.

As part of the programme, the UK is also expected to see substantial inward investment from Rheinmetall, one of Artec’s parent companies, who signalled their intention to launch a production and integration centre for armoured vehicles in the UK. This would represent a significant commitment which would lead to long-lasting armoured vehicle capability in the UK.