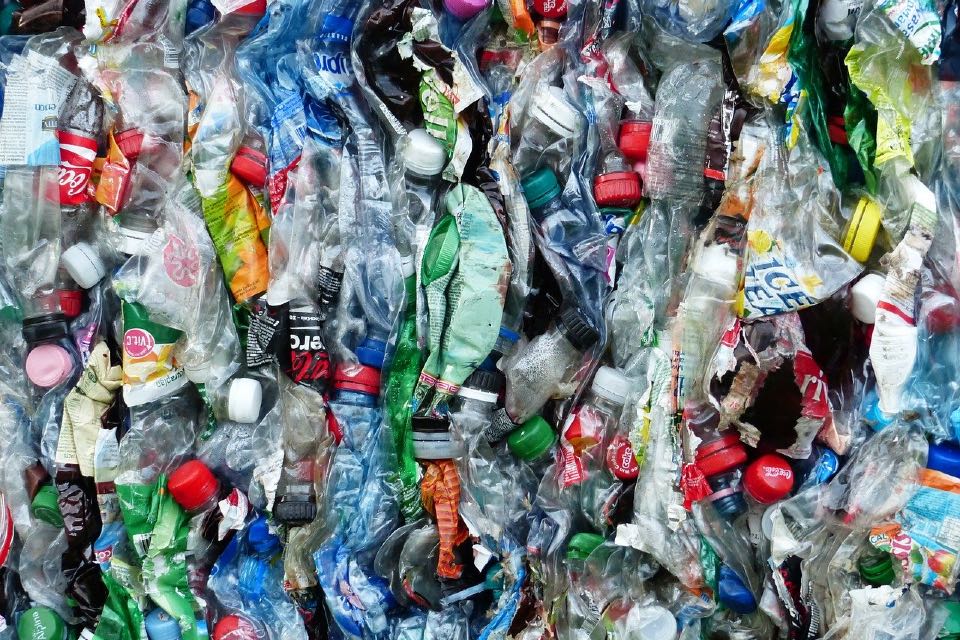 Returnable and re-useable transit packaging and equipment is a key business and environmental asset; unfortunately, a huge amount is lost or stolen each year. Warren Harris, Insight and BD Manager at Bakers Basco tells us how they’re using to tech to cut down on attrition and catch thieves in the act…

A major part of the issue is about how we use plastic throughout society, including in the logistics and supply chain. For example, in the bakery industry, Bakers Basco has been using GPS technology for a number of years to help reduce the attrition rates of our plastic bread baskets and dollies. These products are designed to be reused again and again for a life span of up to 10 years, and then, in many cases, recycled once they come to the end of their useful life.

In the current climate, with very real and valid concerns about the volume of non-returnable and non-reusable plastics in the supply chain, there is an increasing focus on Returnable Transit Packaging (RTP).Unfortunately, like many RTP products (like pallets – most of them are supposed to get returned and reused), our plastic baskets and dollies are just too well-designed, sturdy and all-round useful – so they get ‘borrowed’ or taken out of the supply chain. Of course, there are additional costs in terms of harm to the environment – people who misuse returnable packaging tend to dump surplus items at the side of the road or in canals, rather than disposing of them responsibly. Our estimates suggest that 90% will go into a skip, the local council will pick them up and they will end up in landfill – and we all know what that means for the environment.

The right kind of plastic products, used in the right way, can majorly contribute to solving the plastic problem, while helping companies cut costs and improve margins through their use in the ‘circular economy’, where things are built to last and can easily be recycled and the raw materials reused when they reach the end of their life. Bakers Basco manages a pool of circa four million baskets and dollies throughout the UK benefitting members such as Fine Lady Bakeries, Warburtons, Hovis, Allied Bakeries and Frank Roberts; they are an essential part in the transportation of millions of our favourite products to retailers each week.

Aldi UK CEO Giles Hurley last week sent a letter to suppliers outlining the supermarket’s pledge to have all their own label products in 100% recyclable, reusable or compostable packaging by 2022, while Iceland MD Richard Walker recently stated that packaging is only around 5% of the food system’s carbon footprint. With these greener minded changes taking effect in the food industry, how products are transported then becomes a key consideration. Returnable Transit Packaging is going to be an important factor in ensuring that goods delivered in less packaging still reach the shelves in saleable condition, and RTP can also be designed to fit perfectly together, maximizing the amount of stock transported at once, and minimizing the number of delivery vehicles on the roads.

But for the environmental impact of this harmonious circular economy to be seen, we need to devise innovative ways to reduce RTP equipment losses.

Technology has opened up new means of tracing and tracking items as they pass along the supply chain. Such innovations can prove crucial to driving efficiency and cost savings, at the same time addressing key requirements such as sustainability by saving a fortune in disposable packaging and never going into landfill.

Recent examples of innovations we’ve implemented include impregnating the bread basket plastic with a special traceable glitter-like additive which makes them identifiable after recycling and reprocessing to discourage the illegal procurement of the equipment for this purpose. We’ve also successfully deployed tracking technology to make our equipment easier to locate and recover should it fall out of the supply chain, such as satellite imagery and GPS chips. Looking to the future, we’re continually on the lookout for new and innovative ways of cracking down on the loss of returnable transit packaging and have been investigating RFID technology.

To us, the case is clear; the higher we push up the retention and reduce the attrition rates of our bread baskets and dollies, the lower the cost to both the bakery industry and the environment through dumping and unnecessary recycling.

Image by Hans Braxmeier from Pixabay 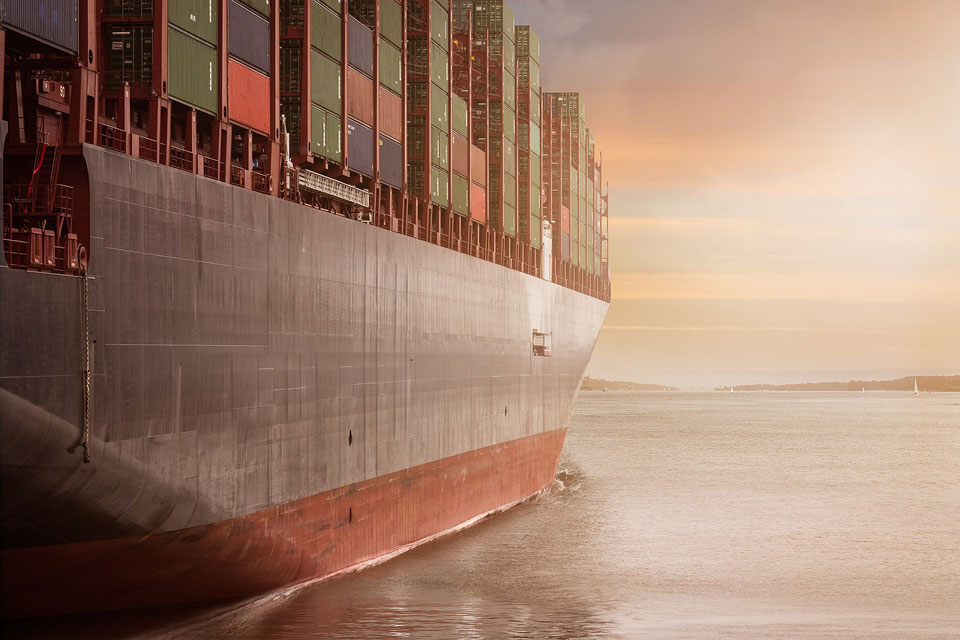 75% of shoppers ‘will boycott grocery brands’ over environmental concerns

Over three-quarters (77%) of UK grocery shoppers have, in the last 12 months, switched, avoided or boycotted buying certain products, or would consider doing so in the future, based on brands’ environmental policies.

Kantar questioned over 1,200 UK consumers between the ages of 16 and 65+ about their concern over a range of environmental issues, their purchasing decisions based on a brand’s sustainability credentials, environmental responsibility  and whether, as a consumer, they had ever decided to boycott buying a product or switch to another brand based on its environmental reputation.

Brand loyalty is lowest among the youngest age group of 16-24 year-olds with 87% saying they have switched or might do so, with more males (24%) switching or boycotting brands than females (18%).

Responses differ considerably among generations too, with 40% of Millennials saying they have avoided buying, or decided to choose a different brand over the last 12 months, compared to only 9% of Baby Boomers. However almost half (46%) of this generation of 55-65+ year-olds indicated that while they hadn’t switched or boycotted brands in the last year because of their environmental credentials, they might consider doing so in the future – the highest among all age groups.

Harsh working conditions, environmental pollution and the overuse of packaging are some of the issues consumers think carefully about before purchasing FMCG products.

Much needs to be done by the FMCG industry when it comes to publicising the positive work it is doing to address the environmental problems resulting from the throw-away, disposable culture we live in today, say 76% of consumers. This sentiment is high across all regions (>73%) with shoppers in the northwest of England (80%) agreeing followed by Greater London (78%). Only 9% considered this issue unimportant.

Mark Chamberlain, managing director of Brand, Kantar UK, said: “Responsible living is being driven by cross-generational groups of ‘woke’ consumers that look towards inspiring brand heroes as change leaders. Governments and organisations are being forced to listen and respond to consumers’ demands for greater transparency as businesses strive to become more purposeful.”

Almost 90% of respondents surveyed agree that brands need to take more responsibility for the waste they produce and the impact it this has on our environment. This sentiment was high across all age groups (>82%) but highest among those aged 65 and over (92%).

Three-quarters of shoppers agree that, due to inaction from many of the world’s governments, they want brands to act as forces for positive change in our society. However, when questioned about their response, over 70% of all consumers agreed that efforts by businesses to protect the environment are ‘too little, too late’, with younger generations of Millennials agreeing most with this statement (78%).

Consumers ranked global warming as their number one environmental concern (25%), followed by the overuse of plastic and other forms of packaging (18%) and then deforestation and the loss of biodiversity (14%). They appeared less concerned about the depletion of the ozone layer (4%), extraction of fossil fuels from the earth and natural resource depletion (5%), overfishing of our seas (6%) and household/industrial waste (8%).

These and many other of today’s environmental issues are caused, in part, by a lack of responsibility taken by some of the world’s leading brands, say 83% of consumers; a sentiment expressed most among 25-34-year-olds (88%).

Chamberlain added: “The rise in responsibility and conscious consumerism is being influenced by a top-down approach as the consumer voice grows and pushes forward environmental and social agendas.

“Consumers now expect the FMCG industry to be driven by some direction other than simply making a profit. These values are fast becoming key assets in helping boost brand value whilst projecting a positive corporate image, and by doing so businesses can demonstrate a clear sense of purpose. This is what consumers are now looking for in today’s brands, and this preference will only intensify as the next generation comes of age. Purpose-led FMCG brands enjoy stronger growth and a deeper connection with consumers.”

The study says UK brand Divine Chocolate  is an  FMCG brand that has earned greater trust from consumers due to its commitment to becoming more transparent and respect for the environment. While Waitrose has committed to no plastic and glitter in its Christmas crackers in 2020, Tesco has stopped using plastic bags for home deliveries and Morrisons now allows customers to use their own reusable containers at their meat, fish and cheese counters.

Kantar says the most-loved brands will be those that attempt to achieve a zero-carbon footprint by re-thinking operations and finding solutions that are fully sustainable both for the environment and the business bottom line.